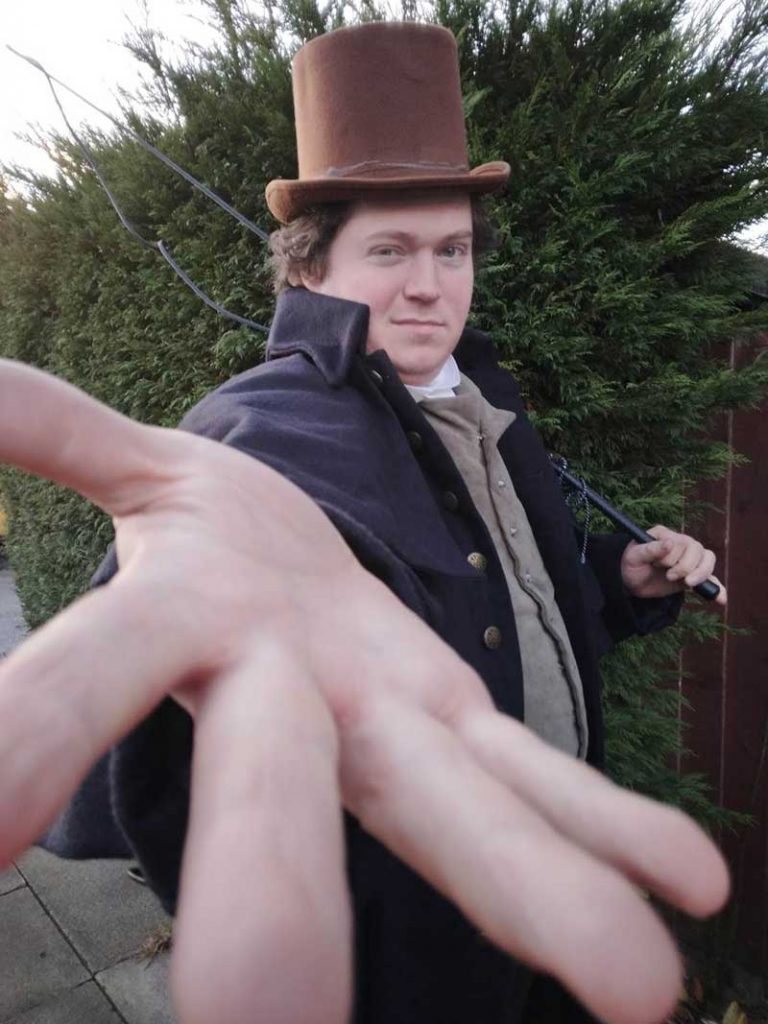 With more than a decade's worth of experience in the heritage industry, Tom now works as a self-employed tour guide, actor and videographer.

When not working, he is very much a family man and a history geek visiting places of historic interest, conducting independent research and writing.

He has a history degree from Kingston University and a postgraduate certificate in architectural history from the University of Oxford.

From producing detailed social and architectural histories of buildings to commentating jousting and teaching archery across Kent and Sussex, Tom now lives in the north west though his work still takes him all over the UK.

Through his involvement in this project, Tom wants to create an environment where those with a passion for the past can share it with others. 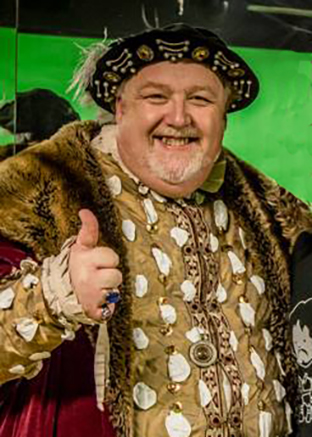 Mike Farley was born in Chelmsford, Essex in 1967 and raised in the village of Mountnessing. His historical interests were stirred from an early age by his parents and nurtured at school.

His working career has taken in stints as a professional actor and comedian appearing at some of London’s most prestigious theatres and clubs, as well as a number of appearances at the Edinburgh Festival Fringe (1987-89). Mike was also lucky enough to work at various times with such luminaries as Richard O’Brien, Judie Tzuke, Tony Robinson, Cherie Lunghi, Jeremy Swift from Ted Lasso, as well as the late lamented legend, Ed Bishop!

Since becoming a full time professional Henry the VIII in June 2004, Mike has appeared on BBC 1’s ‘Children in Need’, ‘The One Show’ and “Have I Got News For You”, ITV’s “Good Morning Britain”, “Tipping Point”, “The Chase”, and "Who Wants to be a Millionaire?", Channel 4’s “Four in a Bed”, BBC Radio 2’s ‘Steve Wright in the Afternoon’, BBC Radio 5 Live’s “Danny Baker Show” &"The Colin Murray Show", BBC Radio 4’s ‘Saturday AM’, BBC Somerset, and BBC Wales plus he has had coverage in national newspapers like The Observer, The Mirror and The Times, and major regional papers like The Western Gazette, the Kent Messenger, The Metro, The Somerset County Gazette and even in news publications as far away as Arizona in the USA and Delhi in India!

Mike has also made Henry appearances for museums, castles, fetes, Rotary Clubs, and other organisations. He can be seen regularly throughout the year at such gorgeous venues as Hever Castle and Leeds Castle in Kent, Hedingham Castle in Essex, Blenheim Palace in Oxfordshire, Cardiff Castle in Wales, Linlithgow Palace in Scotland and Schloss Haigerloch in Germany. His legendary educational shows have now been seen by children at some 3,000 schools and are still in popular demand throughout the year. He has written and starred as King Henry in two short films “The Six Wives of Henry VIII in Four Minutes” (2013) and “Henry VIII – And All Because The Lady Loves” (2017). Perhaps the highlight for Mike so far, was when he appeared at Leeds Castle with the Royal Liverpool Philharmonic Orchestra, conducted by Carl Davis, as narrator for the annual Picnic Proms Concert for Children in front of 6,000 people.

He is married to the lovely, Amanda and they have a son who was born in 2002. Mike very much likes ‘Time Team’, ‘Doctor Who’, XTC, cricket and red wine. He has recently written a comic Sci-fi novel called ‘Team Spirit’. Mike’s ambition is to get everyone as excited about history as he is.